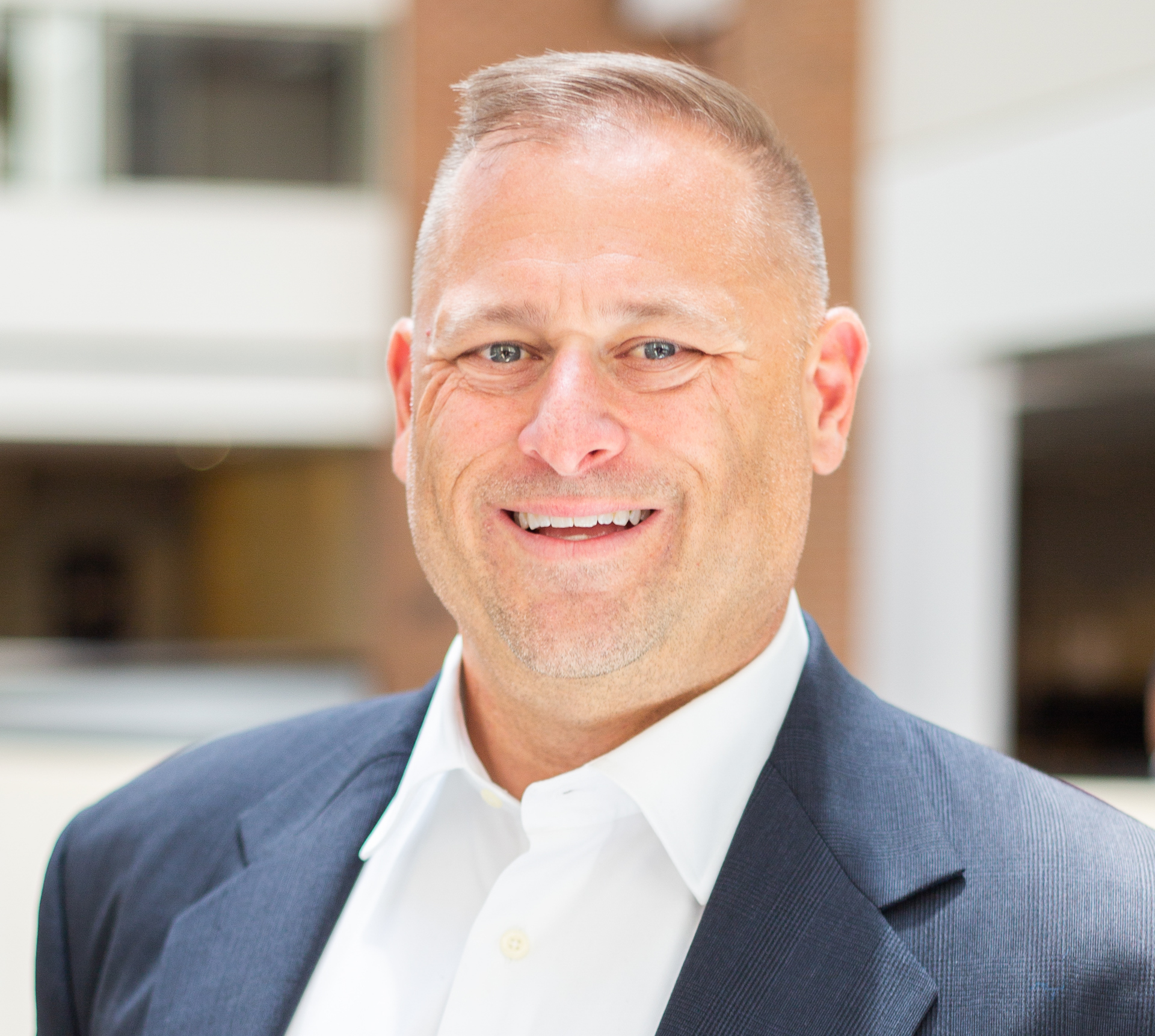 Scott E. Bova, CFRE currently serves as the President of the Triangle Education Foundation. Scott joined the Triangle Foundation staff in June of 2000. As President Bova is responsible for the daily operations of the Foundation and all avenues of income.

Previously, Bova served as the Chief Operating Officer of the Phi Kappa Theta National Foundation, where he joined staff in 1995 as the Director of Alumni Affairs and Development and was elevated to the position of COO in January of 1997. At Phi Kappa Theta he was responsible for all alumni relations, donor cultivation, and solicitation for the Foundation. In addition, he served as Managing Editor of Phi Kappa Theta’s national magazine, The TEMPLE, and coordinated all volunteer activities, including selection and training.

Bova received a Bachelors degree in Sports Marketing and Media Relations from Ohio University. During his tenure at Ohio, he was employed by the Vice President for Administration, and was involved primarily in the development, planning, funding and construction of the new 24 million dollar student recreation facility. Following his graduation Bova went on to work for the Detroit Lions in their Marketing Department.

Currently residing in Carmel, Indiana, Bova is active in the Indianapolis community. He is a a current member of the Indiana Chapter of the Association of Fundraising Professionals, is President of the Board of Options in Education Charter High School and Vice President of the Phi Kappa Theta Education Foundation, in addition, he has volunteered for the NCAA Men’s Basketball Championships, Big Ten Basketball Championships, Indy Reads Adult Literacy Program and various other special projects. Bova is currently an Indiana State licensed football and basketball referee and baseball umpire and spends his spring and summer umpiring competitive high school and college baseball throughout the state.

He is a past chair of The NIC Foundations Seminar, Operations Chair for Indiana Fund Raising Day and currently Co-Chair of the Indiana Philanthropy Awards Dinner and Chair of the AFP Chapter Marketing Committee. He has presented for several groups and seminars on alumni relations, volunteer management, board operations, and basic fund raising. He earned his Certified Fund Raising Executive (CFRE) designation in the fall of 2002. 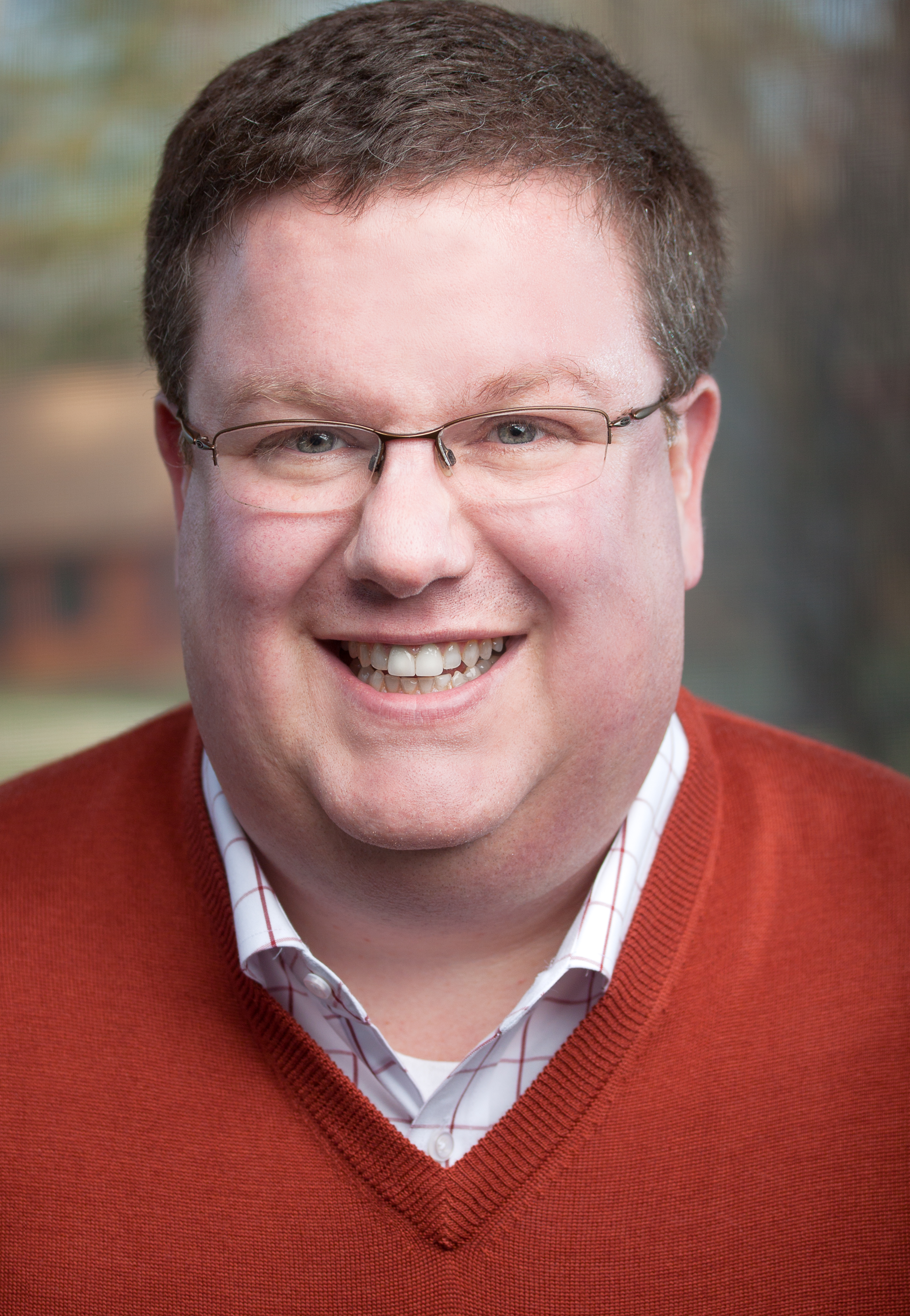 Aaron M. Girson, CFRE currently serves as the Vice President for the Triangle Education Foundation. Aaron joined the Foundation staff in December 2012. Aaron is responsible for the development and stewardship of major gifts from alumni and friends of Triangle Fraternity as well as chapter-specific housing campaigns.

Aaron is a graduate of Western Michigan University where he was a founding member of the Sigma Alpha Mu chapter; while at Western he was honored as the Greek Man of the Year and as Sigma Alpha Mu’s Outstanding Chapter President. He is a member of the Association of Fundraising Professionals and is an Honorary Life Member of the Fraternity Executives Association. Aaron is a past Chairman of the Investment Committee of the Fraternity Executive’s Association, has served on the North American Interfraternity Foundation’s Nominating committee, Institute for Greek Advancement committee, and is a past member of the Board of Directors of the Jewish Federation of Greater Indianapolis. He currently serves on the Board of Directors of Hooverwood Living and the Sigma Alpha Mu Foundation where he is the Treasurer 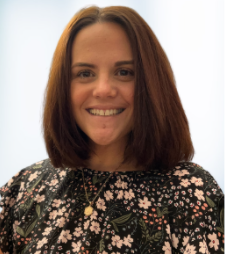 Ariel Tarosky, M.A. currently serves as the Senior Director of Development and Marketing for the Triangle Education Foundation. Ariel joined the Foundation staff in February 2022 but is no stranger to Triangle Fraternity after serving as the Director of Education and Communications from 2014 to 2019. In her current role, Ariel is responsible for the oversight and support of the annual fundraising program and creating a consistent branding message for all three of Triangle’s entities that shares the amazing work of Triangle active and alumni members.

Ariel comes to the Triangle Education Foundation after nearly fifteen years of experience in higher education where she served in senior-leadership roles on college campuses supporting sorority and fraternity communities. During her previous time on Triangle Fraternity staff, Ariel was instrumental in creating the Pyramid, the Journey, the Melissa and John Gargani Academic U Program, and the Garatoni Building Better Men Program.

Ariel is a graduate of Clarion University of Pennsylvania where she was a member of Phi Sigma Sigma; while at Clarion she was honored with Sorority Woman of the Year and the Northeast Greek Leader of the Year. Ariel’s interests include running, singing, Peloton, playing with her daughter Mila, dog Penny, and playing pickleball. 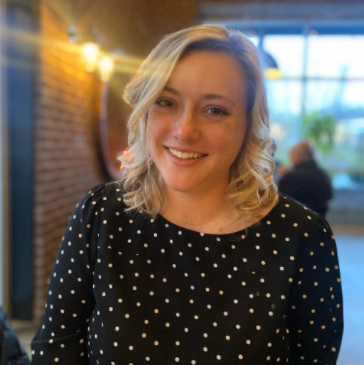 Case brings over ten years of enthusiasm in the non-profit sector. Case received her bachelor’s degree in Organizational Communication from Keuka College. During her time at Keuka, she competed both regionally and nationally for the Enactus Team using the power of entrepreneurial action to transform lives. Prior to serving as the Director of Development, Case served as a school program Director in up-state New York where she managed the daily operations of multiple programs and volunteers. Additionally, Case has extensive experience working with the Scouts BSA and EMS. As the Director of Development, Case will work with the Vice President to support all Triangle Fund major gifts and donor fundraising campaigns including housing campaigns, chapter endowment funds, and other approved major gifts and endowment funds. Furthermore, Case will work to create a consistent fundraising program that aligns with the overall mission of the Triangle Education Foundation that fosters strong relationships with our members and donors. Case enjoys hiking, mountain biking, and spending time with her partner and dog. 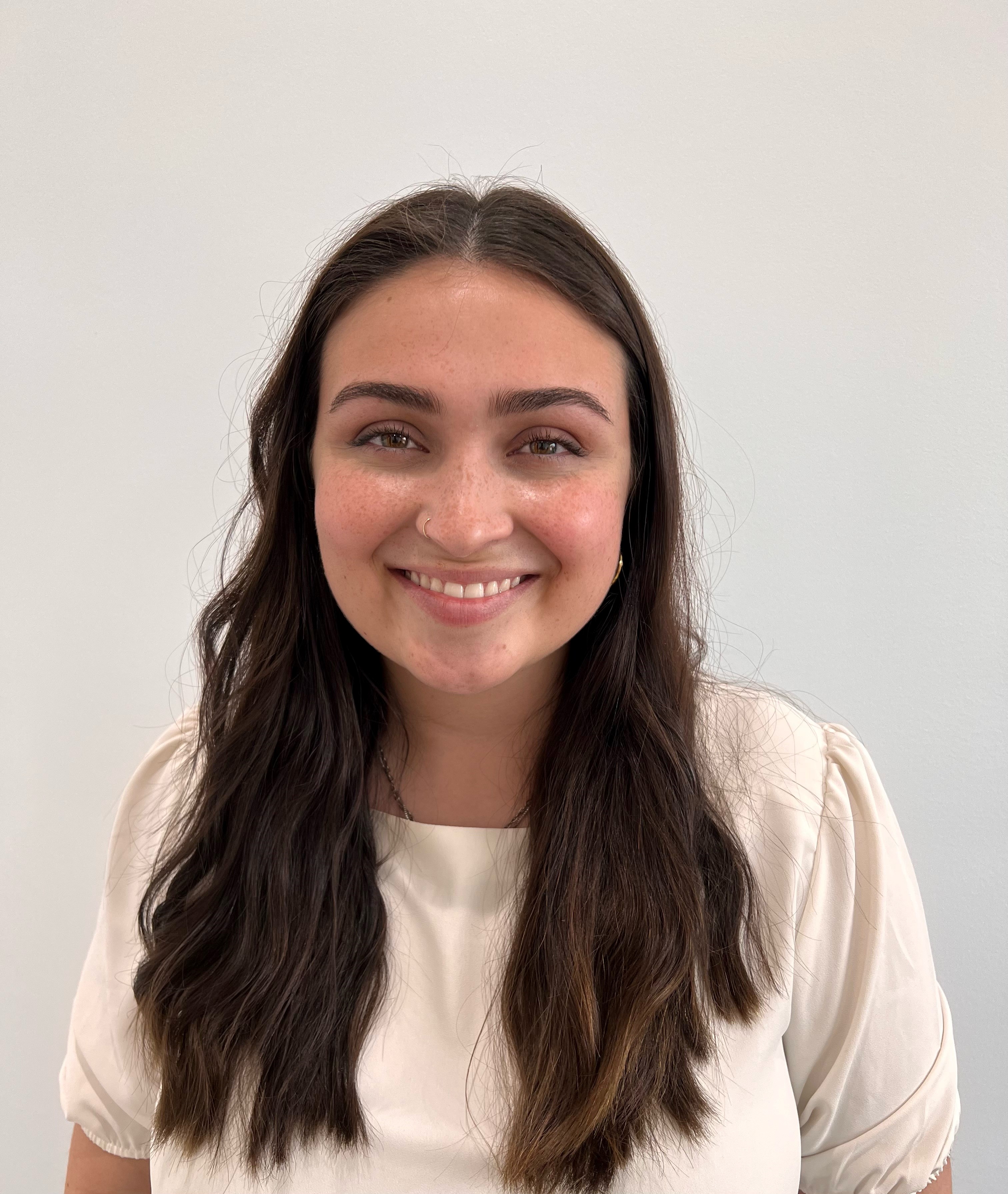 Alexandra is a recent graduate of Ohio University where she earned her bachelor’s degree in Journalism, Strategic Communication. Alex is a proud member of Alpha Gamma Delta and has served her chapter and community as both chapter president and executive vice president. As the Assistant Director of Alumni Engagement and Stewardship, Alex will be responsible for planning and implementing comprehensive programming for our 20,000+ living alumni, serving as the primary contact for alumni groups, developing resources and materials for alumni development, and creating a robust training and resources program for our hundreds of volunteers nationwide. Additionally, Alex will be supporting the Triangle Education Foundation’s work to continue cultivating our donors for both the Foundation and Fraternity.

Lucy joined the Foundation staff in January 2019 and serves as the primary contact for financial statements, payments and general accounting needs. Lucy is in the office on Mondays, Tuesdays and Fridays.

In her spare time, Lucy enjoys working with USA Swimming as an administrator. Lucy and her husband Dick, a USA Swimming coach, reside in Indianapolis. 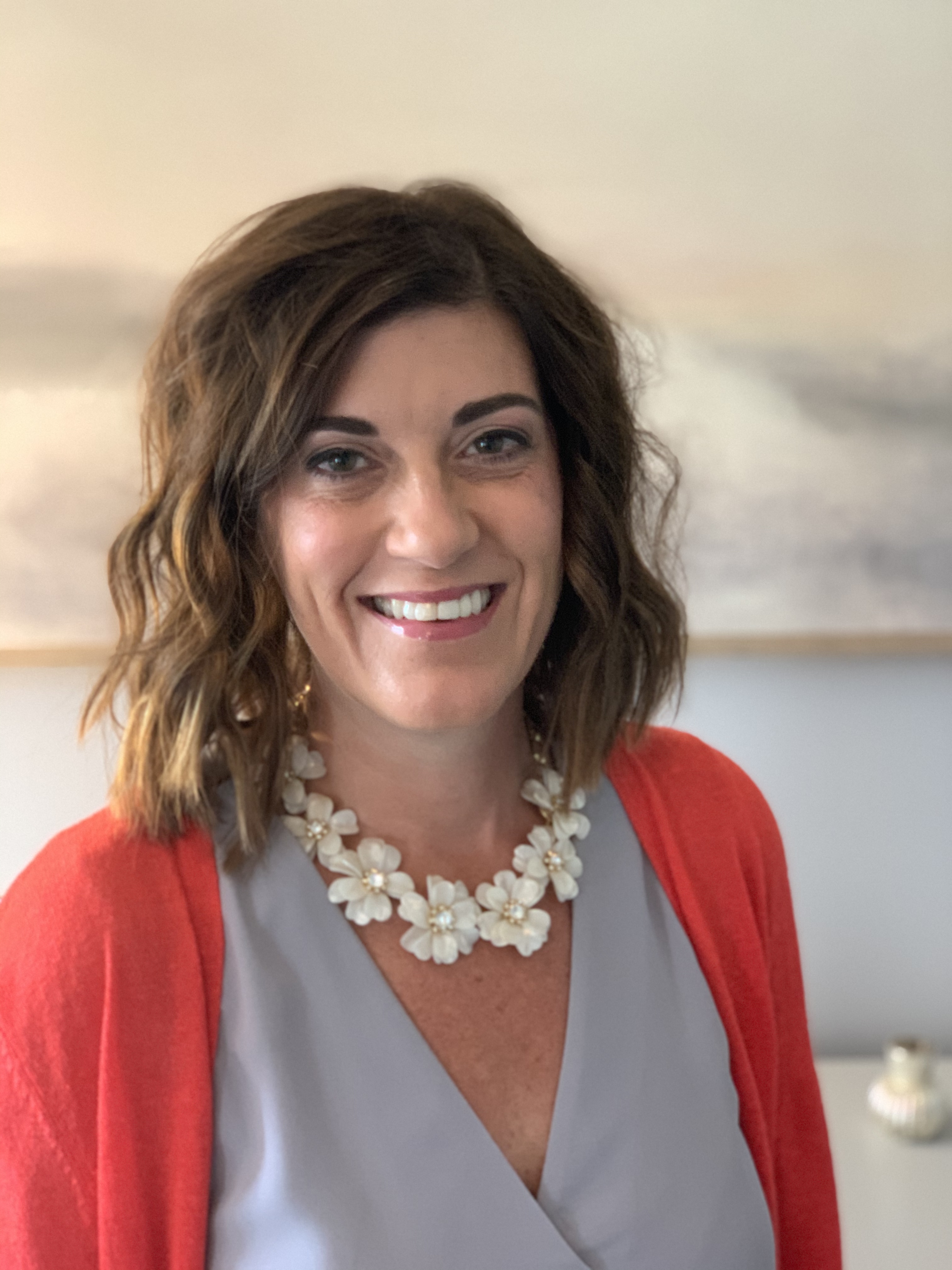 Kathy joined the Foundation staff in February 2021 and serves as the primary contact for all gifts received to the Foundation. She is responsible for gift acknowledgements, honor and tribute gifts and general administrative duties. Erica is in the office on Mondays, Tuesdays and Wednesdays.

Erica has lived in the Indianapolis area her entire life and has enjoyed raising her 3 children here. In her free time, Erica likes to read, knit & travel.

Have a look at the scholarships available and apply today!

You may be eligable for financial aid. Find out more by clicking here.

Get more information about the education and programs for tomorrows leaders!